Insect-borne viruses like Zika and dengue fever could be the cause of the next pandemic, global health chiefs warn

By Matt Powell for Mailonline

Insect-borne pathogens pose an “increasing” risk and could lead to the next pandemic, according to the World Health Organization.

Arboviruses like Zika, yellow fever, Chikungunya and dengue fever are a group of pathogens that are spread by arthropods such as mosquitoes and ticks.

They are high on the list for the next potential outbreak that could escalate into a pandemic, especially since nearly four billion people live in tropical and subtropical areas where they thrive.

Experts are looking to put strategies in place to prevent a repeat of Covid-19.

The World Health Organization believes insect-borne pathogens, among others, could trigger the next pandemic, as it launched its new global arbovirus initiative (file photo) 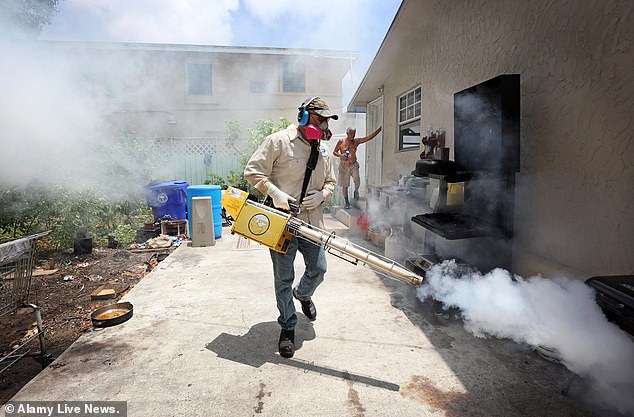 There have been dozens of Zika virus outbreaks since 2016, it is an infection transmitted mainly by mosquitoes and can be harmful to pregnant women. (pictured: mosquito inspector spraying homes after an outbreak)

“We have been through two years of the Covid-19 pandemic and we have learned the hard way what [it costs] not being sufficiently prepared for high-impact events,’ Dr Sylvie Briand, director of the global infectious hazard preparedness team at WHO, said in a briefing on Thursday.

‘We have had [a] signal with Sars in 2003 and the experience of the 2009 flu pandemic – but there were still gaps in our preparation.

“The next pandemic could most likely be due to a new arbovirus. And we also have signals that the risk is increasing.

She was speaking at the launch of WHO’s new global arbovirus initiative, which aims to bring work to tackle insect-borne threats under one roof. 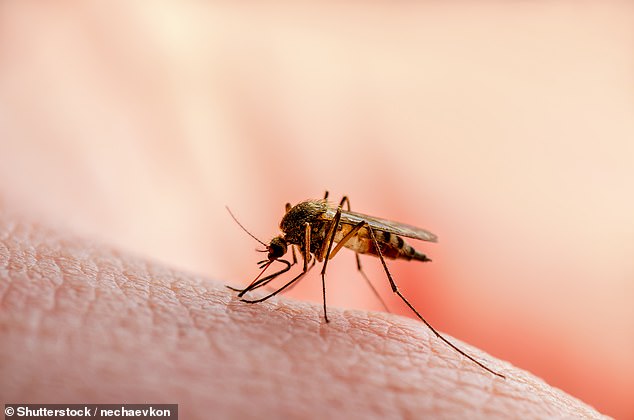 Arboviruses are increasingly prevalent and currently represent a threat to public health in tropical and subtropical areas.

Since 2016, more than 89 countries have faced Zika outbreaks, while the risk of yellow fever “has been increasing since the early 2000s”.

Every year, dengue fever infects 390 million people in the 130 countries where it is endemic – it can cause hemorrhagic fever and death.

Yellow fever has a high risk of epidemics in 40 countries and causes jaundice and severe hemorrhagic fever and death.

Chikungunya is less known, but it is present in 115 countries and causes severe and debilitating arthritis for the joints.

Although there is a vaccine against yellow fever, for the rest, the best protection is in the first place to prevent mosquito bites, estimates the WHO. 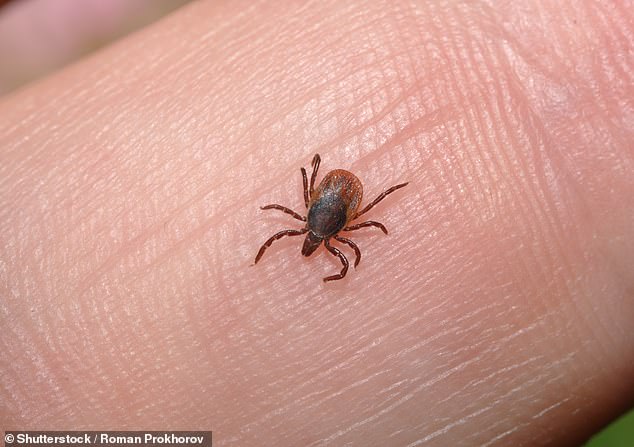 Arbovirus is an informal name for any virus transmitted by arthropod vectors, such as ticks (pictured)

The aim of the Global Arbovirus Initiative will be to focus resources on risk surveillance, pandemic prevention, preparedness, detection and response, the UN health agency said.

He insisted that international action is essential, given the “frequency and magnitude of epidemics” of arboviruses, especially those transmitted by Aedes mosquitoes.

Dr Mike Ryan, head of the World Health Organization’s emergencies programme, said: “For each of these diseases, there have been gains in different aspects of surveillance response, research and development. development.

“But sustainability is often limited to the scope, duration and reach of disease-specific projects.

“There is an urgent need to reassess the tools available and how they can be used for all diseases to ensure effective response, evidence-based practice, equipped and trained staff, and community engagement.”