The extent to which aggression has been normalized by most of us can be seen when we evaluate war in terms of economic loss and gain, rather than the scars it leaves on civilization. It is also visible in the silent acceptance of hate propaganda and the divisiveness that many refuse to discuss, euphemistically dismissing it as belonging to an area of ​​“politics” that does not interest them. This normalization of a state of violence has gradually made the human race its own greatest enemy. At its root is an inability to imagine what the “other” is experiencing – empathy.

Artists are just a subset of society and, unsurprisingly, market forces, imbued wisdom, and the instinct for self-preservation also drive them to choose personal gain over altruism. Yet this view overlooks the potential of the arts to engender empathy and understanding among practitioners and consumers of art.

The poster for ‘Metamorphosis’ by Niloy Roy. Photo: Facebook/Theatre Kingdom

A recent production directed by Niloy Roy, program director at the Shri Ram Center in New Delhi, illustrates this potential. Hindi adaptation by Roy of Franz Kafka Metamorphosisperformed by students of the CBC’s one-year acting course, offers hope for young artists not yet hardened by an overexposure to cynicism in conversations trying to slip into the shoes of “the other”.

Intended as the final project for the students of the one-year course, the production premiered in early April, but is performing again on May 3 and 4 by popular demand.

Combining stylization and realism, Metamorphosis reveals the web society’s entanglement with its assumptions, hypocrisies, dreams and grudges, fears, ambitions and conflicting responses to perceived differences. At a time when theater is often presented as safe entertainment that eschews commentary on society, the production juxtaposes art with a rare penetrating look at the human condition.

Kafka’s allegorical work is disturbing on its own, but in staging it Roy expands every word, opening up multiple and startlingly topical meanings in the tragic story of Gregor who wakes up one morning and finds himself transformed into a bug.

In the play, we first see a certain sympathy for the protagonist, which eventually turns into indifference and neglect. “We get complacent, start taking things for granted and move on; we think moving on is enough,” Roy said during a videoconference with some of the cast after the first four shows.

Change, or difference, Roy noted, is often associated with sin, and so society turns away from the “sinful” person. Those considered different are isolated.

“People don’t listen to you, don’t watch you, don’t spend time with you. It’s not about the time you spend. It’s about listening to how different you are. Each individual is different. We have to understand that,” Roy pointed out. “But that difference has always been there. Now the level of acceptance has gone down. And we go so far as to label this person. And we attach it either to religion, or to politics, or to caste, or even to income.

Those so labeled are thus denigrated. “Every aspect of human life is compared, judged. I think that’s the root cause of this isolation. 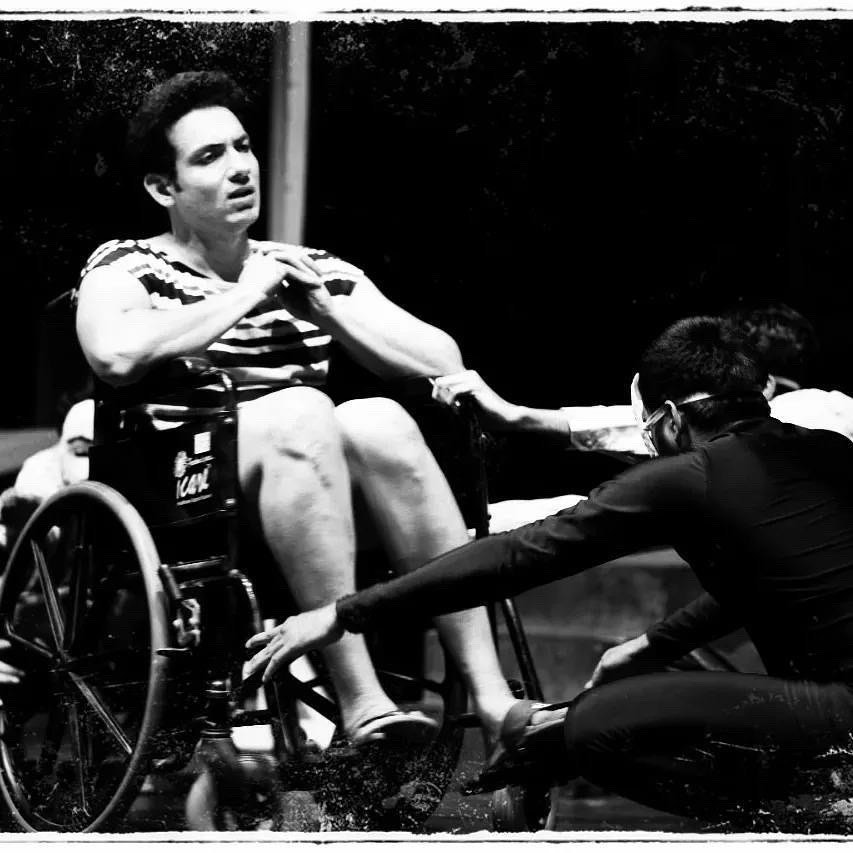 People are accepted as long as they stay “like us”, said Shubham Singhania, who played Henry, the governess.

“But as soon as we perceive them as different, whether in terms of appearance, caste or other parameters, they are ostracized and isolated. I saw it and lived it too. Whether it is because of its own caste or because of the fight against caste prejudice, our society acts immediately to exclude these people.

Rahul Sharma, played by Michael, said, “The coin is a reflection of our society. We rush to our destinations and while concentrating on our own goal, we ignore our surroundings, oblivious to what may happen to others. In the process, we lose contact with each other, he pointed out.

The transformation of the protagonist into an insect can trigger the actions of the play, but “After all, it’s a metaphor. Slowly we are changing, losing our humanity,” Rahul said.

Stanzin Dolkar, who alternated playing the lead role with Neelima Sharma, said the play made her reflect on the “huge uncertainty of every moment” and the futility of taking one’s existence or accepted structures for granted. .

For Neelima, the story could be set anytime and anywhere and remains relevant as an example of how “after a certain point a person’s individuality is trapped”. It is difficult to get out of the shackles of imbibed notions, she felt.

The production contains striking imagery combining postures and movements of insects with abstract decor and props. Pranav Mehta, cast as Mr. Wick, spoke of such an image when the actors were holding ropes, weaving themselves into a net.

“The idea of ​​the ropes was that wherever we move, we are always bound by the people around us, we cannot move freely,” Pranav said.

On the other hand, Roy said, the ropes also represented a structured community that insects thrive in but humans might fear. 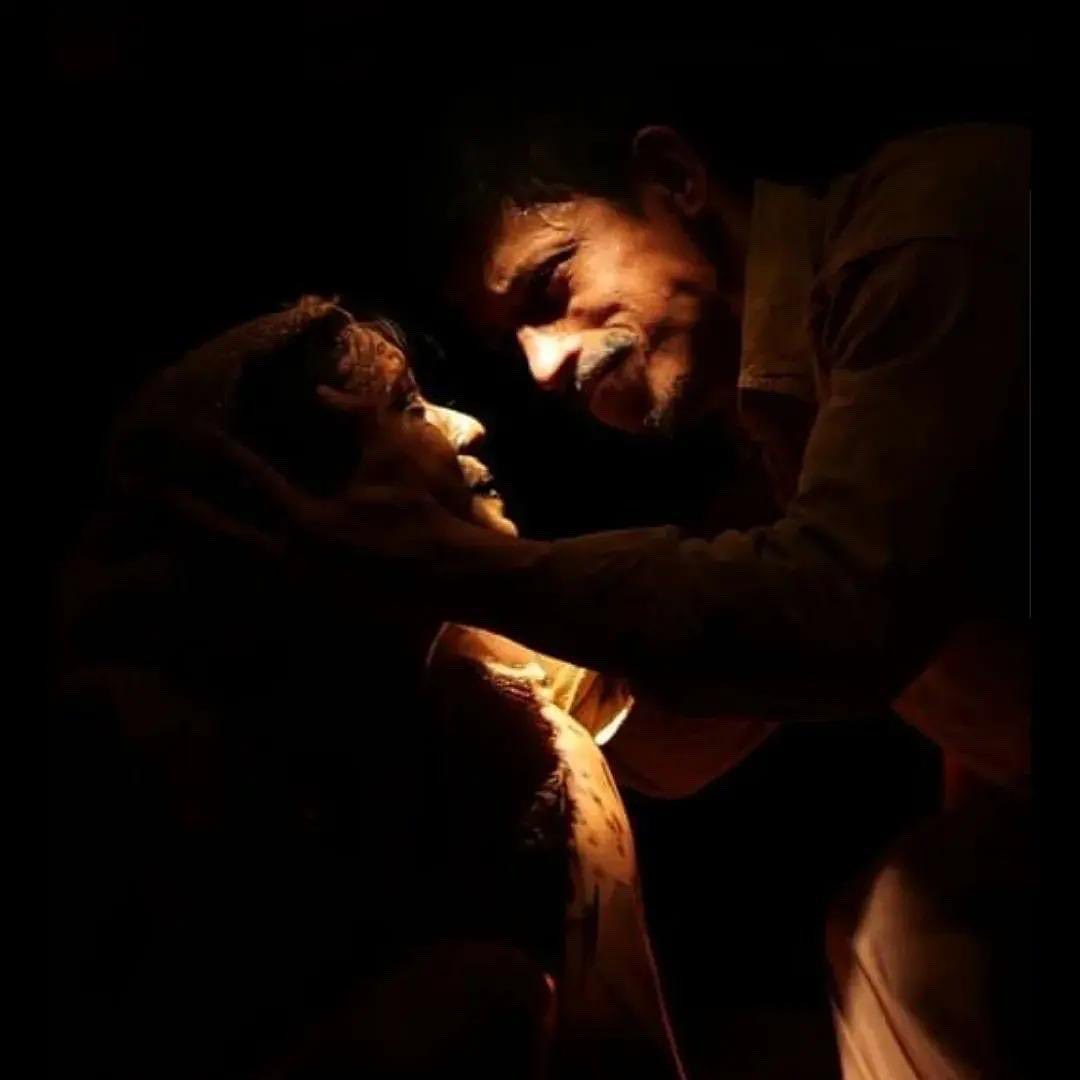 As the young actors explained how the preparation process had made them think deeply about their own reality, the conversation turned to the essence of communication itself.

Kafka’s protagonist speaks an insect language that his family does not understand. Roy, who took the concept further in the Hindi production, in which he combined the roles of director, translator/scriptwriter and teacher in himself, remarked: “A lot of languages ​​are dying (because) we lack sensitivity towards human existence as a whole. Everyone has their own way of communicating. What has happened now is that all communication has been taken over by gadgets.

Using these means, people are forced to use “half-baked words” or emoticons that can never convey nuanced feelings. “We lose the way to communicate, and as far as they are concerned,” he said, referring to his cast members, “they are all going to be actors, it becomes all the more important for them to understand the value of human languages”.

The human mode of communication, he repeated, is imbued with emotions, “which create a certain sensitivity”. This sensitivity in turn adds value to each actor’s contribution to the art.

It is perhaps through a genuine breakdown in communication and a concomitant loss of sensitivity that, as Roy puts it, “every section of society is in some kind of pain, distress, because of the kind of fragile relationships that we maintain”.

Sensitivity and awareness were indeed on the minds of the young cast.

Pranav was sure that his perception of life and theater had been altered by this experience. “Our society needs such a mirror, we must learn to live together and to live with ourselves.” 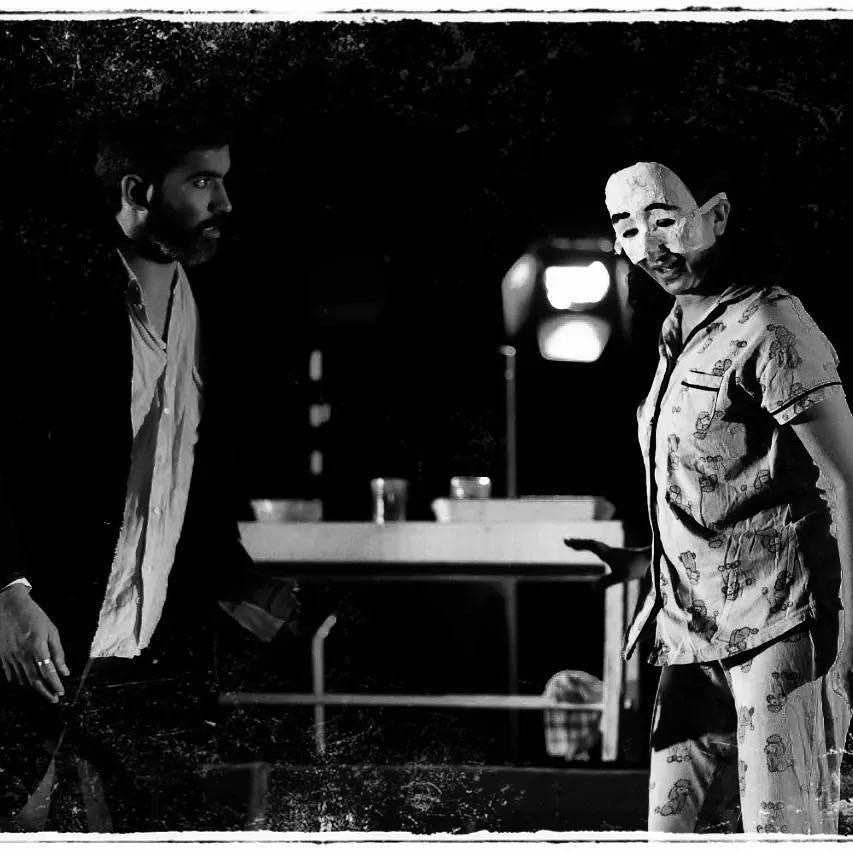 Stanzin spoke of conflicts at different levels – between the conscious and subconscious mind, between the individual and society or between different societies. “We take everything at such a superficial level and it is high time we thought deeply about these issues. From the audience response, it looks like we struck a chord with at least a few, and I think it’s a success for Niloy Sir and our team. I hope more work like this will be done in the theater,” she said.

Shubham felt he had developed a sense of acceptance that he previously lacked. “One of the characters says, ‘If you accept someone as he is, he will accept you too.’ It struck me,” he said, adding that the process also taught him to surrender, which is the only way to progress in learning.

Sushant Pandey, who played Franz Vinci, said the work made him realize that even thoughts he might harbor in his subconscious might be apparent.

to people. “I used to judge people unconsciously,” he remarked. 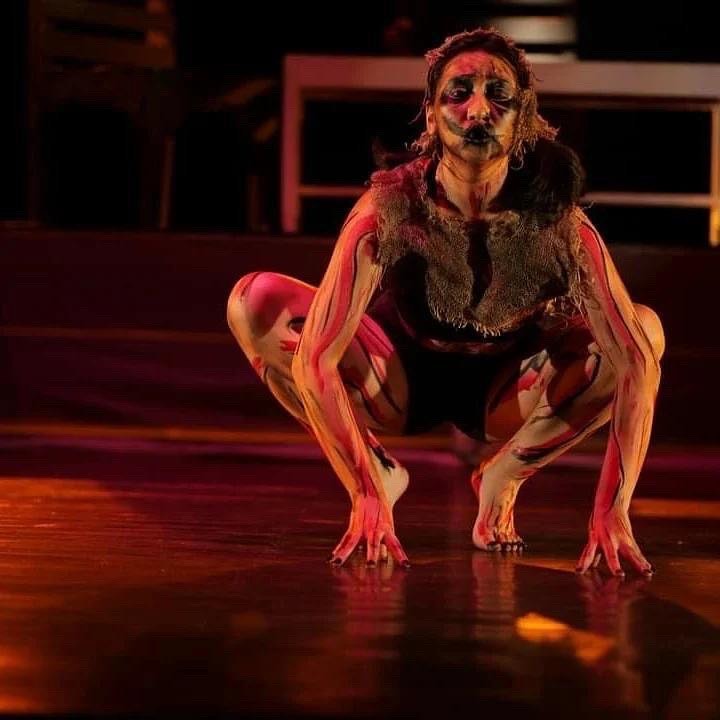 For Rahul, these lines of exploration of human thought were nothing new, but he felt affirmed in his attitude towards life and drama. “And there was a response from the public, so I think to some extent we can spark a discussion on this issue.” Theater is entertainment, Rahul said, but delivering a message to society is an ideal combination.

The production reflects countless reflections of the current state of society, and the young actors’ willingness to explore their own attitudes and surroundings shows courage. Practicing or performing the art in a bubble, away from the everyday world, offers the comfortable protection of not having to see or participate in the pain of others.

While most of the problems facing the planet today can stem from the lack of empathy that is prevalent in society, this production, while just a ripple in troubled waters, is a beacon of hope.

Because the nature of ripples is to spread.

Metamorphosisa play in Hindi, will be performed again on May 4 at the Shri Ram Center in New Delhi, at 3 p.m. and 7 p.m.

Anjana Rajan has been writing about arts, literature and society for nearly 20 years. She is a former deputy editor of The Hindua dance exponent and a theater practitioner.

Are insect proteins a climate solution?

Are you a mosquito magnet? Blame it on the insect’s unique sense of smell – and your unique smell